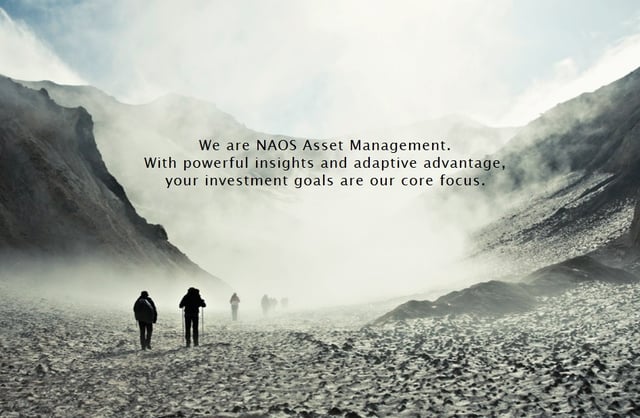 As part of the NAOS investment process, we pay particular attention to the comments made by company CEOs and business leaders in order to gain a greater understanding of the current investment environment and key trends that may be emerging. Below are quotes from the week which in our view detail some of the most important and prominent industry trends and economic factors impacting their businesses.

"In 2017 the mining sector began to recover from the severe downturn that began in 2015. We expect this recovery and the normalisation of long term mining plans that it continues in 2018. However there will be a lag before this makes a material difference to the services sector” Alberto Calderon , CEO, Orica

"[China’s new iron ore policy] Has led to a lowering of the dollar value of our value-in-use iron ore. It has led to a non-market driven increase in high grade iron ore, which Australia generally doesn't produce" Andrew Forrest, Chairman, Fortescue Metals Group

"What we have seen is because of [Chinese] government intervention, the steel price has gone very high and steel mills are paying enormous premiums for high grade iron ore to maximise production, but that doesn't apply to the rest of the steel world" Andrew Forrest, Chairman, Fortescue Metals Group

“The story on the Asia-Pac business is pretty much good across the board. Everything is pointing up in ANZ” Louis Gries, CEO, James Hardie

“The positive signs in resources, services and infrastructure will support growth, but as the construction cycle peaks, it's hard to see what will fully pick up the slack. Business confidence has lifted, but we need businesses to invest. Similarly with household incomes flat and rising energy costs, it's hard to see consumer spending rising strongly. As a result, we don't see the cash rate moving for some time” Brian Hartzer, CEO, Westpac

“We remain confident in the long-term fundamentals of the Chinese market; renewed infrastructure spend and public spending are expected to accelerate after the party congress which just concluded” David Liu, Director, Fortescue Metals Group

“Our retail portfolio has a unique urban focus, and an overweight presence to the strong Sydney market, which is delivering solid results, including industry-leading comparable speciality sales growth of 6 per cent” Susan MacDonald, Head of Retail, Mirvac

“We’re 15 per cent down on the back of six record years of growth” Lenore Fletcher, Spokeswoman, BMW Australia

“The credit quality of our loan portfolio is in great shape with stressed assets reducing during the year” Brian Hartzer, CEO, Westpac

“It’s [launch of Foxtel Now] our next big step as we continue to advance our streaming offering” Peter Tonagh, CEO, Foxtel

“In Australia/New Zealand we are forecasting same store sales growth of 7-9% for the full year, and expect growth in the second half to be approximately twice that recorded in this first half” Don Meij, CEO, Domino’s Pizza Enterprises

“There's been a lot of noise about the housing market over the last 12 months, but all the signs are that there will be an orderly slowdown in growth rates. Growth has started to slow in New South Wales and Victoria and we expect that to continue, but we don't expect house prices to fall significantly” Brian Hartzer, CEO, Westpac

“What we see is a lot of opportunists come into the market when it’s a bull market, and yes, we will see jobs shed because we will see less turnover of property. This is really a market for experienced real estate agents and I would expect about 20-25 per cent of our residential agents will leave” Malcolm Gunning, President, Real Estate Institute of Australia

Thank you for reading.

Important information: This material has been prepared by NAOS Asset Management Limited (ABN 23 107 624 126, AFSL 273529) (NAOS) for general information purposes only and must not be construed as investment advice. Certain economic, market or company information contained in this material may have been obtained from published sources prepared by third parties. Nothing contained herein should be construed as granting by implication or otherwise, any license or right to use such third party content without the written permission of the owner.